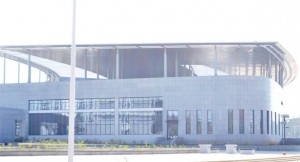 A group of more than 15 investors are expected in the country next week to assess some potential investment projects in Malawi.

Minister of Industry and Trade Joseph Mwanamvekha has confirmed that the investors will hold discussions with President Peter Mutharika and other government officials.

In an interview, Mwanamvekha said he was optimistic that the investors will in the short term sign investment deals with Mutharika.

“As you are aware, there will be a Global African Investment Forum in the UK in December. It is during this forum that the investors will sign the investment deals with the President.

“But, before they commit themselves to the investment, the investors would like to assess and visit potential areas where they can do their investments,” said Mwanamvekha.

The investors cover different sectors that include infrastructure development including rail, roads and aviation, import and export, power infrastructure, water and sanitation, housing, hospitality and tourism, among others.