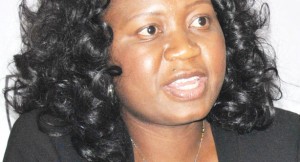 Nineteen lucky Malawi Savings Bank (MSB) customers on Wednesday had their account balances doubled following the final draw of the bank’s Mpondamakwacha promotion where the customers were required to maintain a set book balance over a period of two months.

The promotion, which was rolled out in May, has seen MSB giving out prize money totaling K4 million which was shared among customers, depending on their book balance.

Speaking during the draw, MSB marketing manager Brenda Chilima described the promotion as a huge success, saying it generated a lot of excitement among customers with people from different parts of the country participating.

“It was quite exciting to the bank to see people from across the country winning different cash prizes according to what was in their accounts,” she said.

Going forward, Chilima said MSB customers should expect more exciting services and products from MSB now that it is operating under the FDH brand.

“Our customers should have confidence in the way the bank is operating. With FDH owning majority stake in MSB, the new owner is ensuring that we comply with regulatory standards and that we provide the best service to our customers,” she said.