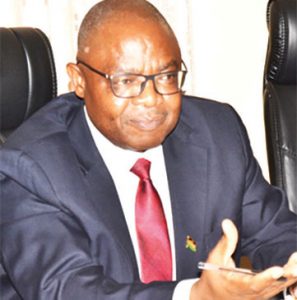 SADALA—We are employing many strategies

Malawi is expected to produce 205.5 million kilogrammes (kg) of tobacco this year, figures from the regulator, Tobacco Control Commission (TCC), have shown.

This is according to results of the second crop assessment exercise conducted between February 24 and March 8 2019.

The estimate is slightly lower than the earlier projection of 206.8 million kg, representing 0.68 percent deference.

The figure is also 35 percent higher than the 152 million kg the international market demands.

TCC Chief Executive Officer, Kaisi Sadala, told journalists that the regulator was working tirelessly to see that the entire crop is bought this year.

Sadala said the commission would soon announce dates for opening the market.

Meanwhile, Sadala has said plans are in the pipeline to engage stakeholders in the tobacco value chain on the new legislation and how it would enhance change of approach to the industry.

“We need to make sure that those that will be affected by the Act dully understand what it is talking about, what has changed from the way we used to do business and how we will do business in future and what kind of punitive measures are in the act,” Sadala said.