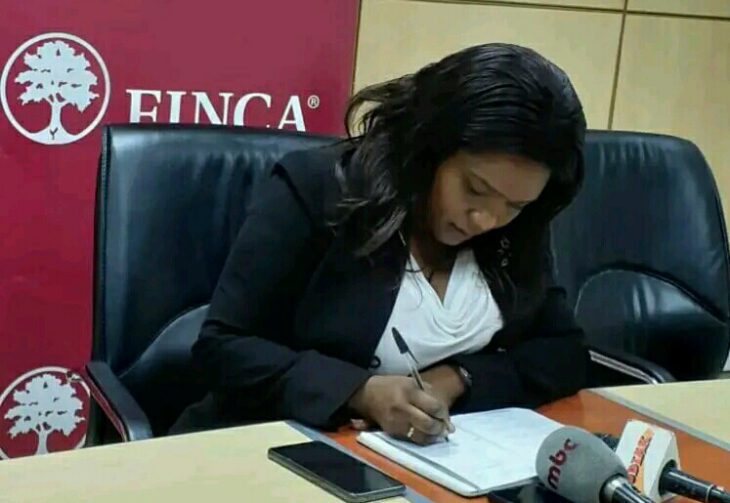 During a draw which was held on Monday 1st August at Finca offices in Blantyre with journalists and other members of staff from Finca in attendance, Mervis Chisola from Mulanje district won K100, 000 cash prize.

Speaking after the draw, Finca Marketing Manager, Takondwa Chirwa labeled the promotion as ideal for both their customers and the company claiming it has enabled both parties to boost their business capital.

Chirwa said it is pleasing to see a woman, Chisola, topping the winners and she is very sure that the prizes will help the winner in one way or the other especially now when the country is experiencing financial constraints.

“There are 21 winners in this very first draw and as Finca Malawi, we are so hopeful that the initiative is creating more business opportunities for small scale enterprises to make positive economic strides.

“Through this promotion as well, we are also offering high interest rates on fixed and savings deposits to allow our clients that are saving, earn something during these tough economic times,” said Chirwa.

Chirwa further emphasized that the promotion which will run from July 4 up to 31st September, 2022, was launched in Finca’s bid to transform lives of people in the country and encourage a savings culture

To win in the promotion, customers need to place a FIXED Deposit with Finca at a minimum of Mk50,000 for at least 3 months or deposit at minimum of MK20,000 into a new or existing PHINDU Savings Account and hold for at least one month.

At the end of the promotion, one winner will walk away with a grand prize of up to MK300,000.