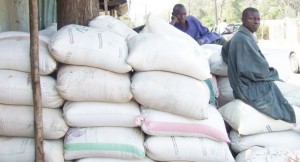 The Agriculture Development and Marketing Corporation (Admarc) says it is borrowing systematically from the local financial market to minimise interest costs and ensure that it is able to pay back the loans from sales of maize.

The state-owned grain marketer has since come out in the open to reveal how it is borrowing from banks to purchase maize both locally and internationally for sale through its depots.

Admarc chief executive officer, Foster Mulumbe, told The Daily Times that the company has received permission from government to borrow K4 billion from local banks to be repaid from proceeds of the maize.

He said, however, that the corporation has made a decision to access the money in chunks from several commercial banks to minimise interest rate costs and control cash flow.

“We don’t want to draw the entire amount at once because we don’t want to suffer with interest. So we are withdrawing in chunks from different banks to have a smooth flow and managing [the borrowing] properly,” said Mlumbe.

He revealed that the company has so far borrowed a total of K2 billion from First Discount House, New Finance Bank (NFB) and FDH Bank.

Mulumbe said the plan is for the purchase of 100, 000 metric tonnes as part of the quantity the country requires to fill the national food reserves and that Admarc will buy 50,000 tonnes locally and another 50,000 tonnes internationally.

He said the country needs 150,000 metric tonnes to fill the reserves and ensure enough supplies on the market and that 50,000 tonnes is already available at the National Food Reserve Agency on which the new purchases will be added to make up the complete figure.

Admarc revealed last week that it plans to buy 50,000 tonnes of maize from Zambia, of which 30,000 tonnes had already been purchased while arrangements were being made to pay for the remaining 20,000 tonnes of the grain