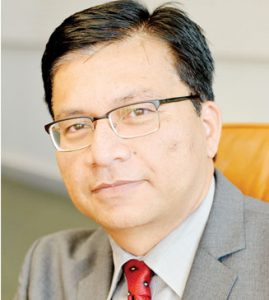 CHAITANYA— The continent’s markets are gaining a greater share

African largest bank by assets, Standard Bank Group, has said the continent saw a consistent improvement in capital markets in 2018 owing to multiple initiatives by countries.

In a statement, Standard Bank Head of Investor Services Product Management, Transactional Products and Services, Hari Chaitanya, said the improvements were partly influenced by Malawi’s launch of a depository and upgrading in Ghana, Nigeria and Kenya.

“Upgrades in trading and settlement systems and the introduction of new instruments in a number of jurisdictions were matched by increasingly successful efforts at deepening the continent’s domestic capital markets.

These improvements were supported by multiple initiatives towards sub-regional and regional integration,” reads part of the statement.

Technology also seems to be making headway in the region, according to the bank.

“This will enable Africa to fund its economic growth by raising capital via increasingly efficient domestic markets that also attract and deploy regional and global investment,” Chaitanya adds.