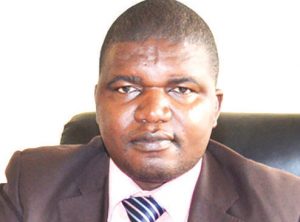 The government mid this year appointed AHCX to purchase the maize following complaints from some traders last year that the system was highly politicised and riddled by corruption.

“We closed Liwonde warehouse on October 16 2018 and, on October 31, we closed Mzuzu and Luchenza  warehouses because the targeted volumes for these warehouses were achieved. We finalised the whole procurement exercise on November 2 in Lilongwe after successfully achieving the target of 32,000 metric tonnes,” Ndipita said.

He described the whole exercise as a success, saying many smallholder farmers participated in selling their maize at a competitive price of K150 per kilogramme (kg) which was set by the government from which a three percent withholding tax was deducted.

“Smallholder farmers participated in the exercise by selling through the open market walk-in system which allowed farmers and small traders to deliver the maize to warehouses volumes from 0.5 metric tonnes to 15 metric tonnes.

“In addition, other smallholder farmers sold their maize through the window of various farmer organisations such as Farmers Union of Malawi,” Ndipita added.

He said the main challenge was that, at the beginning of the exercise, some farmers were bringing low quality maize.

“However, this challenge was addressed after AHCX conducted awareness campaigns through radio and newspapers,” Ndipita said.