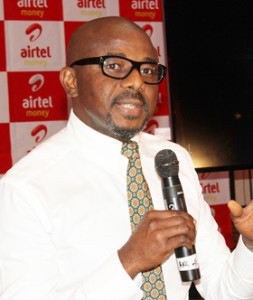 Bharti Airtel Africa on Friday announced plans to launch a cross border money transfer product in East Africa. This is a first in market initiative across Africa and will enable Airtel Money customers to send, receive and withdraw money from their Airtel Money wallets. The pilot phase will kick off on November 1, 2014 with the first phase targeting Kenya, Uganda, Tanzania and Rwanda. This follows an approval by Central Banks of the Governments of Rwanda, Kenya, Tanzania and Uganda to launch this initiative. The next phase of this initiative will roll out the service to other Airtel operating countries within the next year.

“This is a key milestone for Airtel Money customers because a big virtual barrier has been removed and our customers will be able to transact with ease, across national borders. The service will extend convenience by way of cost efficiency and reach while facilitating remittances and small trades within East Africa”.

“This will not only increase mobile money penetration amongst countries but will also create business opportunities. Mobile money remains a key element in boosting financial inclusion in East Africa. This is also a confirmation of the broader commitment of the Governments of Rwanda, Uganda, Kenya and Tanzania in improving trade and commerce activities within the region,” he said.

The pilot project will also enable Bank of Africa (BOA) customers in Kenya and Uganda to send and receive money.