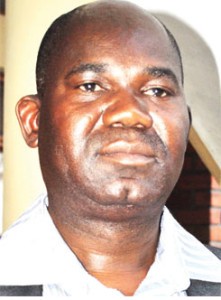 Former Economics Association of Malawi (Ecama) Executive Director Nelson Mkandawire says he foresees the economy moving along the path of stability on account of the continued drop in oil prices on the international market as well as stabilisation of the kwacha.

He has, however, urged authorities to control the economic fundamentals by, among other things, making efforts to curb corruption and exercising fiscal discipline by operating within the budget ceiling to avoing overspending.

“Continued forex inflows are expected since the tobacco season is about to open and perhaps a reasonable harvest of maize which may mean low maize prices leading to ultimate low inflation expected to average around 18 percent by December 2015,” said Mkandawire.

Whilst noting that the positive trends in fuel price and stabilization of the kwacha have not translated into lowering of the prevailing high cost of living, Mkandawire is hopeful that the situation should improve in due course.

“Cost of living has not changed much since most traders have not reduced prices of their commodities. However, I do not expect traders to react quickly because price setting is a combination of a number of factors,” warned Mkandawire.