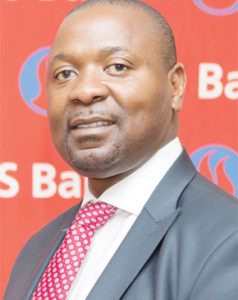 The Bankers Association of Malawi (Bam) has said it is praying that lawmakers will exercise reason and consider the future of the financial sector if the Interest Rate Capping Bill is brought to the august House for discussion.

The development follows a series of meetings involving the lawmakers, bankers and monetary authorities on the merits and demerits of the bill.

Bam Vice President, Kwanele Ngwenya, said while they could have loved to have more dialogue on the matter, the bankers pray that the MPs would take time and weigh options before nodding to the matter, in the event that it is brought forward.

As at Monday, the highly contentious bill was not appearing on the lineup of bills to be discussed during the current meeting of Parliament.

Mover of the Motion, Dowa West Constituency legislator Alexander Kusamba Dzonzi, on Sunday expressed dismay at the decision by the Parliamentary Business Committee not to include the bill on the order paper.

“The Clerk of Parliament together with the entire Business Committee which I trust and respect will help me to get the Bill included in the next Order Paper. However, what is important is that my consultation on this bill has forced the financial institutions, including the Reserve Bank Malawi (RBM) to start talking relevantly on issues of high interest rates in the country.

“All players in this sector agree with me that our interest rates are persistently high and must be brought down. Since the market based solutions have failed to bring these rates down and that am not advocating for an In duplum Law like is the case in South Africa is, they have advised me to design the capping bill cautiously to ensure the win-win scenario,” Dzonzi said.

Speaker of Parliament, Richard Msowoya and Parliament Spokesperson, Leonard Mengezi said that the legislation was presented as a Private Members Bill and will be presented by the member whenever he is ready.

During a recent Monetary Policy Conference, central bank governors from Kenya and Zambia highlighted the impacts of capping interest rates.

The proposal to cap interest rates was brought to Parliament on December 8, 2016 by Dedza North West Member of Parliament, Alekeni Menyani, and the August House recommended that a Private Member’s Bill be drafted.

“Having noted that exorbitant interest rates on loans obtained from banks and other lending institutions have resulted in failure by most citizens in the Republic of Malawi to service the loans and in some cases forfeiture of property, this House resolves that a Private Members Bill prohibiting any bank and lending institutions from recovering more than 100 percent of the loaned amount, be drafted and introduced in this House for consideration,” reads a recommendation from Parliament.

Indigenous Business Association of Malawi President, Mike Mlombwa, Tuesday said the bill could help save Malawians from marauding banks who take advantage of lack of proper legislations to victimize borrowers.

“It is our expectations that the bill will be tabled. The good thing is here in Malawi, we have done consultations, unlike in those countries where interest capping failed,” Mlombwa said.