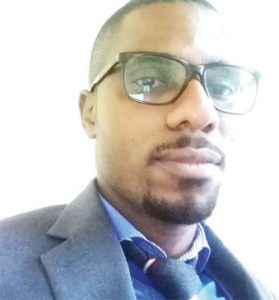 The country’s commercial banks have started reacting to last month’s policy rate cut by the Monetary Policy Committee (MPC) of the Reserve Bank of Malawi (RBM).

While the banks had little freedom to decide the base lending rates as it was set at the Lombard rate of14.9 percent by MPC, the banks have started pulling downwards their maximum lending rates.

National Bank of Malawi (NBM) has pegged its maximum lending rate at 25.9 percent effective today, down from 33 percent.

NBM said the specific application of the downward interest rate adjustment would depend on each customer’s risk profile and the type of the lending product.

Standard Bank has also pegged its maximum lending rate at 25.9 percent effective Wednesday, down from 32 percent.

First Capital Bank has pegged its maximum lending rate at 26 percent, effective Wednesday, down from 33 percent.

RBM Director of Communication and Protocol, Mbane Ngwira, hailed the banks for responding to the policy rate cut.

“As we have always said, we expect realignment to be gradual in line with market developments. Our target is five percent inflation and a policy rate of around 11 percent by 2021. During the recent MPC, a major part was to realign policies that tackled the high inflation era.

“Now the stage is set for low inflation, hence low interest. We consider this phase as that of adjustment and repositioning for the low interest phase. The banks have done a lot to adjust to these changes. As the economy improves further, we believe they will be in a better position to respond,” Ngwira said.

The slash in interest rates has also affected rates on some savings products.

“It should also be noted that savers have no incentives to save in Malawi despite having high interest rates since the real interest rate on savings has always been negative as the inflation rate has, on average, been higher than deposit rate.

“However, going forward, there is a strong need for banks to have more attractive deposit rates to incentivise savers to save and this would help banks to mobolise more funds for credit extension,” Thula said.