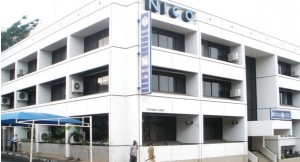 Botswana Insurance Holdings Limited (BIHL) has announced that it is in the process to acquire a 25 percent stake in Malawi’s Nico Holdings Limited from Sanlam Emerging Markets (SEM) at a price of US$14 million.

The development follows the recent announcement by Nico Holdings that the International Finance Corporation (IFC) of the World Bank has also sold its 11.65 percent shares in the group to a holdings company owned by managers and employees at Nico Holdings.

Sanlam, with a 58 percent stake in BIHL, is the largest shareholder in the Botswana insurance giant. It also owns shares in Nico Holdings.

Sanlam Emerging Markets chief executive officer, Heinie Werth, is quoted by the media in Botwana as having stated that the Malawi transaction forms part of the company’s commitment to improve partnerships in the emerging markets in which the does business.

“The acquisition by BIHL will broaden its ability to offer a wide range of financial services to the people of Botswana as well as other African countries,” said Werth.

BIHL’s acquisition means Sanlam’s equity in Nico Holdings, which covers the Malawi financial group’s general insurance operations in Tanzania, Uganda, Malawi and Zambia, has been reduced from 49 to 24 percent.

Sanlam also has a 49 percent shareholding in Nico’s life insurance in Malawi.

SEM has operations in 10 African countries, as well as Malaysia and India.