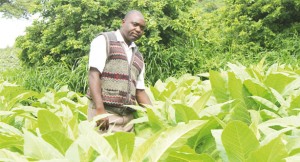 A report by the Overseas Development Institute (ODI) says UK has moral duty to avoid harming people in developing countries, who will lose out if existing export terms end.

ODI has released a report showing exports such as tobacco and sugar from Malawi could be subjected to increased taxations to enter the UK once Brexit is completed.

The UK accounts for six percent of Malawi’s total exports.

Although over 40 percent of the value of UK imports is accounted for by tea which is zero-rated under the UK’s most-favourable nation (MFN), sugar and tobacco account for almost all of the remainder.

According to the report, the products which are currently duty-free under the Everything But Arms regime, could face tariffs of up to 18.4 percent for tobacco and over 50 percent ad valorem equivalent for sugar after Brexit.

ODI says the UK is currently in the process of designing a new trade policy that operates in at least four areas. The agenda has been designed with the aim of securing increased market access for British products and increased competition in the British market itself.

“This approach seems to be based on a typical bilateral market access approach: the UK is willing to open its market in exchange for market access for its products.

“Beyond a commitment to the multilateral agenda that the UK already supports, this approach may be suitable for the biggest and most important trading partners,” the report reads.

The report has since recommended that the UK should apply the principle of ‘do no harm’ and commit to ensuring that the UK’s exit from the EU leaves no developing country worse off.

ODI says although UK trade policy will be primarily designed to seize opportunities and address challenges faced by the UK, there is a moral duty to avoid harming people living in developing countries. In this sense, the UK may have a responsibility to secure the continuation of preference regimes that favour developing countries.

“The UK should therefore, at a minimum, avoid removing the existing benefits and current market access received by the world’s poorest,” the report recommends.