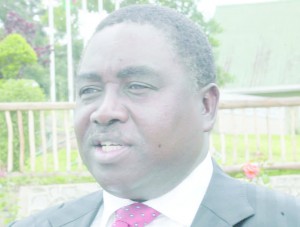 While RBM believes the increased capital will help protect consumers and ensure sanity on the market, one of the country’s prominent owners of an insurance company believes the development would disadvantage indigenous players from entering or surviving in the business.

Smile Life Insurance Company managing director, Stain Singo, said during the Insurance Institute of Malawi (IIM) annual conference in Mangochi over the weekend that the proposal, if implemented, would suffocate indigenous entrepreneurs and act as a barrier to entry into the industry by locals

“One has to consider the reasonableness of the limits being proposed and the chances of all the players reasonably meeting the limits. For instances, would it be easy for all the industry players to meet the new limits?

“If you consider players who have been in business for more than 20 years or more and have easy access to capital, the answer will be different from the answer you would get from a local or indigenous player with local shareholding,” said Singo.

He said the proposal is tantamount to saying insurance business is exclusive to the foreign investors.

He said it is the responsibility of the regulator and government to see to it that the playing field is leveled and that local businesses are protected.

“No country in the world has succeeded to grow and achieve economic emancipation by depending on foreign companies or donors. Without economic empowerment, national independence is meaningless,” said Singo.

He also complained about another proposal from RBM where insurance companies would not be allowed to pay dividends unless their solvency ratio is greater than 120 percent.

Singo said this is unrealistic, especially for newly established companies already on the market since the gestation period for a life insurance company is between six to eight years.

“This means that after investing in a life insurance company, the shareholders should expect profit after 6-8 years when they can expect any kind of dividend.

“Now after waiting for this long period for a return on their investment, you come up with the 120 percent requirement? Is this fair or it is only put to scare away the local investor even more besides the minimum capital requirement?” he asked.