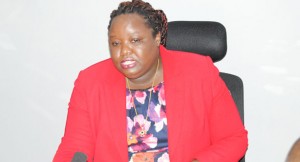 The Competition and Fair Trading Commission (CFTC) has defended product recalls saying manufacturers that recall by companies, defective products act within the provisions of the Consumer Protection Act.

CFTC says by voluntarily recalling a defective product from the market and alerting consumers of the associated risks of consuming the product, the manufacturers comply with the act by showing a clear commitment to protect consumers from potential harm or danger.

Just recently a newly established beverages company Zamm Investments recalled a consignment of its Cool Drop bottled water, declaring it unfit for human consumption after a foreign body was found in the water.

CFTC executive director Charlotte Wezi Malonda said the action by Zamm Investments is legal as it shows that the manufacturer is exercising a duty of care to consumers.

“The product recall by Zamm Investments Ltd is a welcome development for consumers as it complies fully with the consumer protection law. By voluntarily recalling a defective product from the market and alerting consumers of the associated risks of consuming the product, the company has shown clear commitment to protect consumers from potential harm or danger,” she said in an emailed response.

Zamm has since assured its customers that all other bottled water, apart from the batch affected, are safe to consume and that all necessary measures have been put in place to avoid recurrence while trying to trace the source of the undisclosed foreign body.

But the company has since resumed operations after MSB reversed its decision. Malawi has seen a major boom in bottled water business in recent years and Cool Drop is one of the fastest growing brands established two years ago.