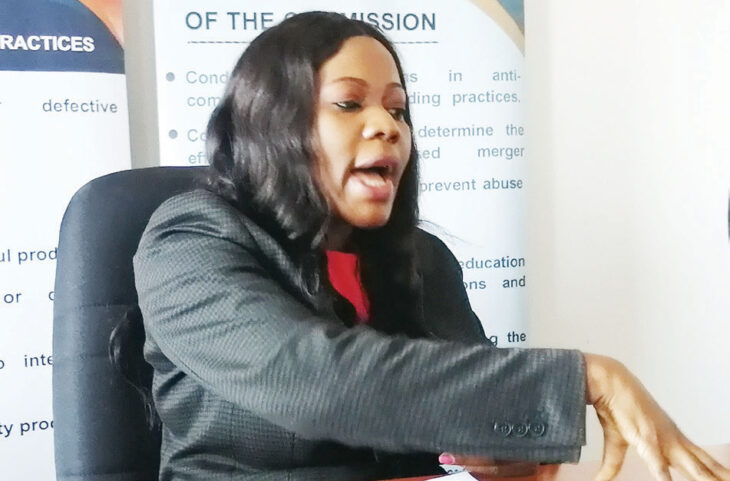 The Competition and Fair Trading Commission (CFTC) Monday ordered 21 firms to pay a total of K11 million in fines for unfair trade practices.

CFTC acting Executive Director Apoche Itimu told reporters in Lilongwe on Monday that the commission arrived at the decisions during its meeting held on June 4 in Mangochi.

She said the commission considered adjudicated and noted a total of 61 cases, which included 56 cases of unfair trading practices and five cases of anti-competitive business practices.

She beamoned the archaic Competition and Fair Trading Act which was enacted in 1998, which prescribed a punishment of K500,000 for anti-fair-trading offences.

“Under the law, we are allowed to give a fine of up to K500,000 or an amount that represents the financial gain that is generated from the transaction. So, we cannot issue anything more than that.

“We are currently undergoing law review and we are hoping that we could establish a framework where we have fines that are pegged against the turnover of a company,” Itimu said.

Itimu said investigations concluded that the transactions did not result in creation of a dominant player and that Charles Stewart did not exit the market as it is still operating its poultry business.