Home » Business News » Changalume mine handed over to government 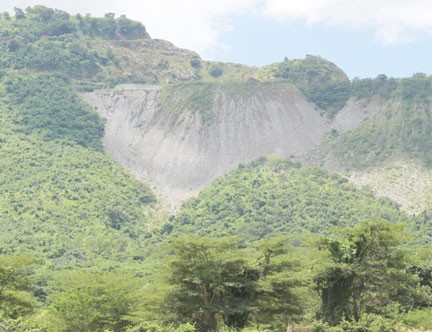 Changalume mine handed over to government

Cement producer Lafarge on Friday officially handed over its Changalume Limestone mine to the government after a three-year rehabilitation work at the site.

The company closed the Changalume mine in 2002 after a survey revealed that the mine no longer had enough commercially mineable deposits.

Malawi government through the Mining and Environmental Affairs ministries then recommended for a site rehabilitation by the company.

Acting Director for Mines Peter Chilumanga commended Lafarge for considering the environment by adhering to the set mine rehabilitation standards and recommendations.

“The government is pleased that Lafarge Cement Malawi has officially handed over the area with almost all components of the crusher plant and other equipment dismantled and removed from the site.

“The main tunnel was made safe by filling it with rocks and compacting it with soil and the specified species of trees and plants were planted,” said Chilumanga.

Among other things the government recommended that more indigenous vegetation be re-introduced, compacted surfaces be ripped and structure and foundations be demolished at the site.

Lafarge sub-contracted Zambian Almagamated Demolition Agencies to conduct the demolition and dismantling of associated structures at site while the Forestry Research Institute of Malawi (FRIM) was hired to undertake the afforestation programme.

Lafarge Managing Director Ilse Boshoff said the company was glad to have handed over the site in its environmental friendly condition.

“We believe the environment is in a safe condition for inhabitation,” said Boshoff.

Meanwhile, the company says will continue importing clinker, an important component in cement making from the Far East as it is working towards a possible limestone mining in Balaka district to replace Changalume.

The Changalume site was in 2003 given to the Malawi Defense Forces (MDF) where it constructed its Barracks.