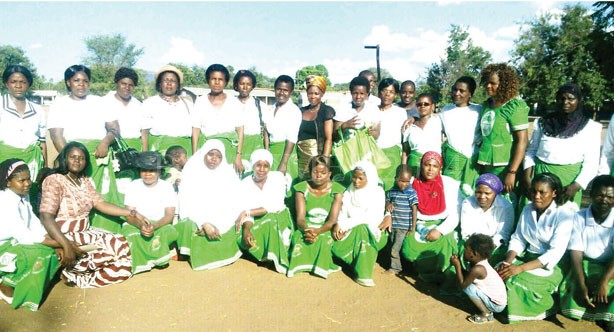 Some chiefs in Makanjira, Mangochi have proposed that the area’s Constituency Development Fund (CDF) be given out to community members under women village bank as start-up loans, as one way of empowering communities.

The chiefs suggested this during a ceremony where 28 members of Tithandizane Village Bank were sharing a profit of K1.5 million which they generated within 10 months from a capital of K280,000.

“Our area has been receiving CDF for quite a long time and most of the time the money is abused. We have been lagging behind in development because people are not willing to take part in developmental projects taking place in their area, such that they don’t feel attached to anything happening in their areas,” said Makanjira.

Makanjira said that development is not only about constructing schools, bridges and other physical structure but self-reliance.

“Let us try using the CDF in giving start up loans to these women for them to engage in business and develop their households,” he said.

Tithandizane Village Bank chairperson, Rhoda Mphoka said the results are there for all to see, especially that with only a contribution of K10,000 each, the women have managed to generate a profit of K1.5 million within a period of 10 months.

“We started with K280,000 as our capital in January this year. We have been saving and borrowing money from the same account and managed to raise K1.5 million. Our highest earner is getting K330,000, while the lowest is going home with K67,000. This is an indication that we are indeed willing to make a difference in our families through this bank,” said Mphoka.

She further hailed Comsip for pumping in K450,000 towards training in Savings and Business Management.

Member of Parliament for the area Benedict Chambo hailed the women for taking a leading role in uplifting their living standards without waiting for hand outs as had been the case previously.

“CDF is their money, if this is how they want the money to be used then I can’t object. In that case, if the ADCs, VDCs decide to use it for loans, we will make it appropriate,” said Chambo who donated K50,000 to the women’s village bank.