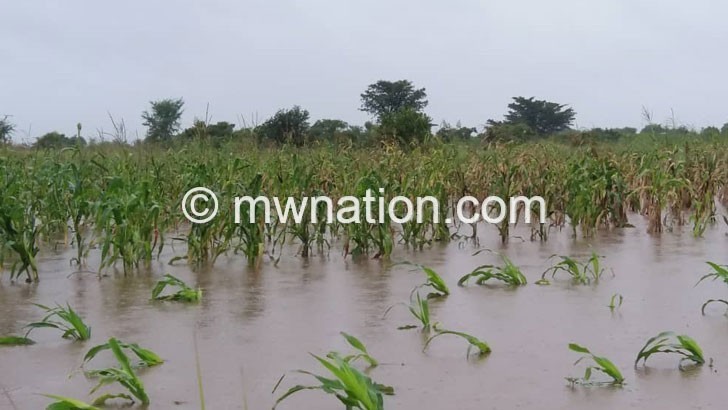 The World Bank has warned that the negative impact of climate change could push two million Malawians into the poverty trap over the next 10 years and worsen the country’s development challenges.

In its October 2022 Country Climate and Development Report published on Thursday, the Bretton Woods institution said this could consequently push up the poverty rate by nine percent and reduce the country’s gross domestic product by between three and nine percent by 2030 if efforts to address climate change challenges do not materialise.

Reads the World Bank report in part: “While this finding is not surprising, the magnitude and variability of potential climate impacts is alarming for one of the poorest countries in the world.

“The largest impacts from climate change are projected to come from damage to roads and bridges and reinforce what the country is currently experiencing in terms of large damage from current climate shocks to infrastructure assets.”

The bank said if Malawi is to accelerate implementation of policies and programmes outlined in MW2063, the development trajectory would shift to a higher growth path and climate change impacts would be significantly reduced.

But it observed that while implementing MW2063 and additional adaptation measures will help Malawi achieve the most resilient growth path, the country cannot afford to finance these investments in full at present.

This is despite government’s commitment to embark on a course of fiscal consolidation in the 2022/23 National Budget that can put debt back on a sustainable path.

Reads the report: “Following this reform programme, government will have limited fiscal space over the medium-term to finance adaptation investments estimated at as much as $2.9 billion [about K3 trillion] to $5.2 billion [about 5.7 trillion] between 2020 and 2050.”

Reacting to the report, National Planning Commission development planning manager Sipho Billiat said the World Bank findings could be realistic if there is nothing done to address current challenges.

He said there is need to look beyond Treasury and encourage non-State actors to take part in the implementation of the MW2063 First 10-year Implementation Plan on financing.

Billiat said: “Adaptation measures included the implementation of climate smart agriculture, building of climate smart infrastructure and enhanced alternatives to traditional livelihoods to ensure that the economy keeps afloat in times of these challenges.

“Technology development has become key to climate change management to ensure we capitalise on modern ways of doing things.”

The World Bank’s Country Climate and Development Report is a new core diagnostic report that looks at climate change and development.

World Bank data shows that seven in every 10 Malawians were under the international poverty line in 2019 while four out of five Malawians experienced moderate to severe food insecurity between 2019 and 2021.

In 2020, Malawi was ranked 163 out of 182 countries on the Notre Dame Global Adaptation Index, which ranks the climate adaptation performance of countries.

Ministry of Finance and Economic Affairs data shows that as at end  of September 2022, Malawi’s public debt stood at K7.3 trillion, with external debt at K3.3 trillion while domestic debt was at K4 trillion.