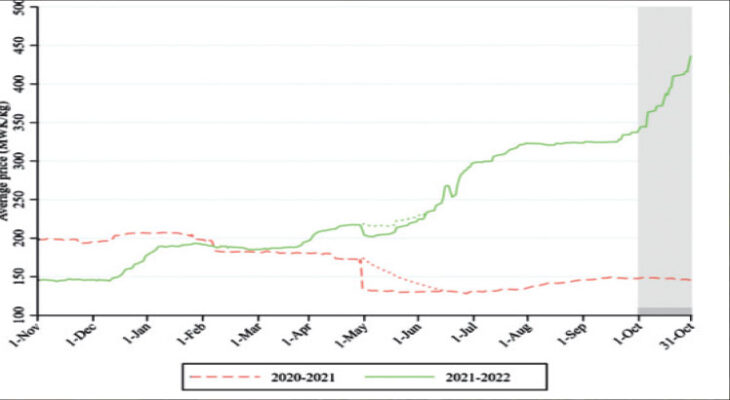 Consumers and an agriculture policy developemnt expert have said government’s plans to reopen Admarc on December 1 amid escalating maize prices offers hope to people who have been subjected to high maize prices.

In the absence of State produce trader Agricultural Development and Marketing Corporation (Admarc), maize prices in most of the markets have jumped, with a kilogramme (kg) of the grain which used to cost K146 last year, now selling at about K500 per kg or K25 000 per 50 kg bag, way above the five-year averages for the post-harvest period.

Consumers Association of Malawi executive director John Kapito said in an interview on Tuesday that consumers are upbeat that the re-opening of Admarc will help tame maize prices.

In Parliament in Lilongwe on Monday, Minister of Agriculture Sam Kawale said Admarc will be selling maize at K300 per kg or K15 000 per 50 kg bag.

He said: “Admarc offers maize at a relatively low price that is to some extent affordable for the average Malawi. The firm also provides competition on the market.

“In its absence of Admarc, we have seen prices going up to unsustainable levels as a result of lack of competition and a reliable market.”

Kapito said consumers are hopeful that the re-opening will bring things back in order and that government will put strict measures to ensure that vendors do not invade Admarc and later sell the same maize to consumers at high prices.

Agriculture policy analyst Tamani Nkhono-Mvula observed in an interview on Tuesday that the re-opening of Admarc would help tame prices.

He said: “What institutions like Admarc do is that in situations where maize prices are going up, they supply maize on the market at reasonable prices.

“In the absence of Admarc, there is no means and ways for the government to release maize on the market.”

Nkhono-Mvula said re-opening Admarc will help government control the market by releasing maize on the market at a time it is in short supply.

Meanwhile, in its maize report for Malawi, International Food Policy Research Institute said maize prices increased by 23 percent to an average of K412 per kg in October and continued to sell at the highest price in the Southern Region.