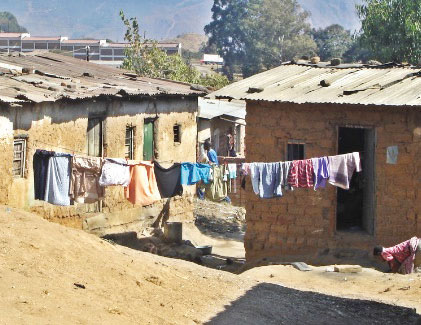 Poverty continues biting hard on a majority of’ households as the cost of living was seen rising by about 21 percent in October 2020, a monthly report published by the Centre for Social Concern (CfSC) has shown.

Figures contained in the report show that the national average cost of living was at K198, 917 during the month under review, up from K164, 316 as at end of July.

Nonetheless, the trend, coupled with a recent surge in inflation—a pace at which general prices of goods and services move in an economy at a given period—means more Malawians are finding it almost hard to afford basic needs.

In October, headline inflation was seen at 7.5 percent, rising for the first time since December 2019.

The deviation from a downward trajectory enjoyed for the past 10 months of the year represents a 0.4 percentage points move from the 7.1 percent inflation recorded in September.

The rise in headline inflation is attributed a surge in prices of food-especially maize—which constitutes 45.2 percent in the consumer price index, an aggregate basket of goods and services for computing inflation.

Ndirande-based Robert Daudi said the Covid-19 situation has worsened matters as people in townships are failing to make ends meet.

Jaclyn Ndovie, also from Ndirande said people are finding it hard to find food and money which raises fear of a devastating hunger ahead.

“CfSC has noted with concern that the increase in free tax band to K100, 000 has not resulted in improved living standards for Malawians. The increase in cost of living is leading to an increasing number of people wallowing in abject poverty.

“We recommend that the government must implement the proposed minimum income of K50,000 to support majority of Malawians who are receiving equal or slightly more that K35,000.The government must also invest more in irrigation agriculture that would enhance [an]increase in food availability throughout the year,” Mphepo said.

In a separate interview, Africa Institute for Corporate Citizenship (AICC) Chief Executive Officer Felix Lombe said Covid-19 pandemic has had a bearing on the cost of living.

“Covid-19 will see over 50 million people [around the world] drifting into extreme poverty by next year and surely most Malawians will be in this number. The raising of tax threshold will surely go a long way in uplifting the living conditions of most semi urban dwellers.

“However, there is still more to be done. I do not think that the solution is increasing the tax-free band again. Increasing resilience of urban dwellers and creating more jobs is the solution. Jobs stimulate production which in turn creates more jobs. I, however, think the cost of living will go up again in the lean season and will decline moderately around April,” Lombe said.