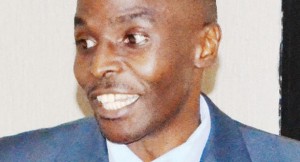 While allocations to various government services have been reduced in the forthcoming budget, the bill for debt repayment keeps increasing and has been pegged at K125 billion from K106 billion in the current financial year due increased borrowing by the government.

The interest rates are for both domestic and foreign debt and constitute about 18 percent of total recurrent expenditure for the 2015/16 budget.

Indicative figures sourced from the 2015/16 output based budget document shows that the debt interest’s payment has increased from the 2014/15 financial year’s K 106.8 billion.

This rise is attributed to increased debt stock as well as high interest rates and fluctuation of the local currency which affected foreign debt.

Of the amount, domestic interest payable in the 2015/16 financial year is pegged at K 101 billion while foreign interest is set at K 24.4 billion.

For debt repayment, however, Kubalasa said government has no option but settle the debt as well as interests.

“This is an amount that is non-negotiable and we need to pay. If we cling on it, it will be accrued and we will pay much higher charges,” warned Kubalasa.

Meanwhile, RBM says Malawi’s domestic debt rose by 14.8 percent between January and March 2014 as government continues to borrow on the market.

In its Financial and Economic Review for the first quarter of 2015, RBM says domestic debt totaled K433.9 billion.

It says the increase resulted from a rise in Treasury bills stock by K76.2 billion to K253.5 billion at cost value and that the TBs made up the largest component of the domestic debt in the first quarter of 2015 at 58.4 percent.

For external debt, RBM says it decreased by 2.1 percent during the first quarter of 2015 when it was recorded at US$1.7 billion (K772.29 billion), accounting for 24.9 percent of gross domestic product (GDP).

The decrease, according to RBM, was largely on account of amortizations to various creditors.