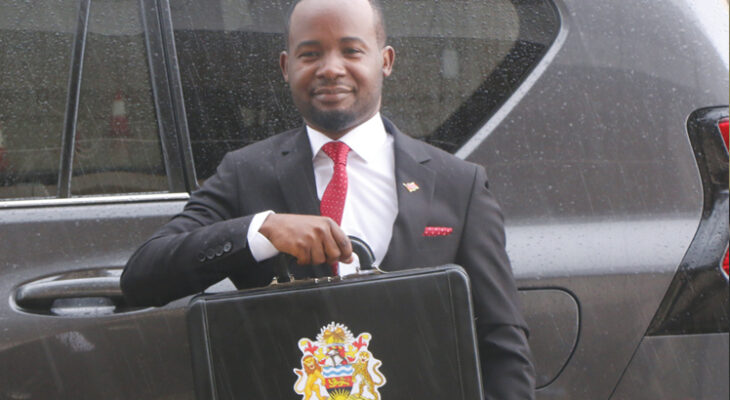 The reactions come in the face of the 2022/23 Mid-Year Budget Review Statement presented by Minister of Finance and Economic Affairs Sosten Gwengwe in Parliament in Lilongwe on Friday.

In the revised financial plan, which has increased to K2.849 trillion from K2.83 trillion, the minister announced that development expenditure has been cut by K189.3 billion from the approved K818.9 billion to K629.6 billion.

Speaking in an interview on Saturday, economist Milward Tobias said by reducing development expenditure, Treasury is doing little to graduate the economy to a middle-income status as envisaged in Malawi 2063, the country’s long-term development strategy.

He said: “When development expenditure goes down, what it means is that we are not doing well in terms of putting a solid foundation for the growth of the economy and graduating people from poverty.

“Since we are not creating that foundation, we cannot develop because it is the development expenditure that contributes substantially to economic development.”

Tobias, who has expressed interest to contest for the country’s presidency in 2025, said government should instead have reduced on “unnecessary” expenses to channel the same to meaningful development.

He said: “We cannot point at the things which government wastes resources on because we already have reforms which the government outlined in the budget. It is surprising to see that the same government is not following what it said.

“Otherwise, if the government can cut on development expenditure because we have not collected enough resources yet we cannot cut recurrent expenditure, we simply do not know the right priorities for the nation.”

In a separate interview, Malawi University of Business and Applied Sciences associate professor of economics  Betchani Tchereni  said government  needed to look at cutting down on consumption expenditure and increasing development expenditure.

“The bad side of this is that we have increased the budget deficit to meet consumption expenses which is counterproductive, especially when you consider the Malawi 2063 aspirations.

“With this, we can truly forget to develop the nation because economic development comes from infrastructure development.”

He said: “Infrastructure development requires considerable amounts of financial investment to acquire the factors of production, ranging from materials, machinery to labour.

“In that case, any cut in financial investment will mean a cut in these factors of production. We expect to see slowed down activity in the construction sector.”

The total expenditure at mid-year registered an over-spending of K31.2 billion emanating from compensations of employees, public debt interest, use of goods and services and grants.

Treasury figures show that development spending under-performed during the first half amounted to K313 billion with K63.9 billion emanating from domestically financed component and K249.1 billion from foreign financed component.

These underperformed by 40.1 percent and 20.2 percent, respectively.

In the second half of this financial year, recurrent expenditure is projected at K1.069 trillion.

Malawi’s public investment in infrastructure has been negligible in the past two decades, averaging about 4.18 percent over a 20-year period between 1998 and 2017, according to the World Bank.