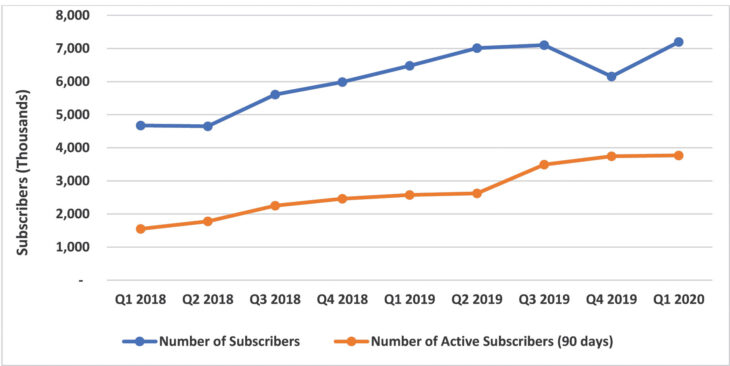 Reduced economic activity in the first three months of 2020 led to low performance of the national payment system with a recorded slowdown in most of the payment channels.

Despite recording a marginal 0.4 percent increase in processed transactions to 91.5 million in large value and retail payment streams, total value of the transactions decreased by 12.9 percent to K10, 076.0 billion compared to fourth quarter of 2019.

The central bank fears that the low performance may spill over to the remaining part of the year due to possible effects of Covid-19.

“Although on seasonal trends this is expected to reverse during the second quarter of 2020 as it is the beginning of agricultural produce trading season, the economic impact of Covid-19 pandemic currently being experienced is expected to have a reducing effect on the level of transactions in all payment streams,” reads part of the report.

There was, however, an improvement in overall performance of retail Digital Financial Services (DFS) transactions which include payments processed through channels such as internet banking, Point of Sale (POS), mobile payment solutions and ATMs (excluding ATM cash withdrawals).

According to RBM, the volume and value of transactions in these payment streams registered a marginal increase of 0.5 percent and 5.9 percent to 90.0 million and K1, 440.3 billion, respectively.

The position is higher when compared with the corresponding period of 2019.

“This suggests that stakeholder efforts to drive increased adoption and usage of electronic payments in the country are bearing results as the transaction numbers keep showing a yearly upward trend,” says RBM.

During the period under review, total number of registered customers for non-bank mobile money services increased by 16.9 percent to 7.2 million.

However, subscriber activity (the number of subscribers who used the service at least once during a 90-day period) declined to 52.4 percent.