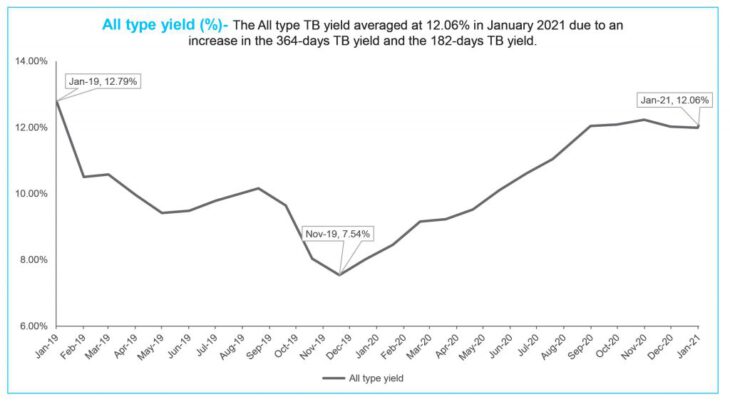 The government continues to grapple with its insatiable appetite for borrowing courtesy of a tight fiscal space to meet its expenditure requirements.

Recent figures from the Reserve Bank of Malawi (RBM) show that domestic debt stock surged by K104.6 billion between November and December 2020 to K1.103 trillion.

Industry captains and economists fear that accumulation of domestic public debt continues posing a threat to the country’s economy, faulting the government for what they call untamed appetite for borrowing.

In September, the debt stock surged further to K1.1 trillion before going down to K948.4 billion in October and rising again to K999.0 billion in November.

Figures available show that, comparatively, in July 2020, government revenue stood at K107.8 billion, down from K103.3 billion in August.

The government revenue declined to K93.7 billion in November and closed the year at K149.7 billion in December.

Chancellor College economist Jacob Mazalale attributed the rise in domestic debt to lowering in public revenue collection as businesses slowed down due to Covid.

He, however, feared that the trend would continue to push out potential private sector players out of the market.

“The risk-profile of the government instrument is low but that leaves businesses with no money to borrow from,” Mazalale said.

He then called on the Treasury to consider spending within its means to tame its appetite for borrowing.

The Malawi Confederation of Chambers of Commerce and Industry and Bankers Association of Malawi (Bam) recently urged the Treasury to consider devising policies that would help in addressing the challenge.

Treasury spokesperson Williams Banda said details of budget implementation and outlook would be reported to Parliament on Friday, when Finance Minister Felix Mlusu would present his Mid-term Budget statement.

But in a recent interview, Banda said the government is already implementing systematic strategies in managing the debt levels.

In its recent Malawi Economic Monitor titled From Crisis Response to a Strong Recovery issued last month, the World Bank warned that Malawi remains at a high risk of debt distress, which could further undermine fiscal sustainability and frustrate strides towards economic recovery.

The Bretton Wo o d s institution attributes this to the increased incurrence of high-cost domestic debt.

However, it says the risk associated with external debt is moderate, with some space to absorb shocks.

Malawi’s debt ratio to gross domestic product has more than doubled since 2011.