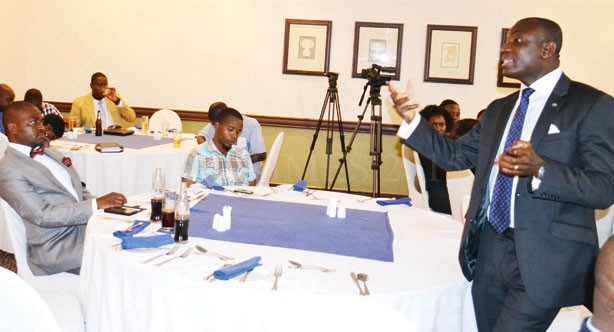 He was speaking in Blantyre on Wednesday during an interaction dinner the bank organised for the media.

He could, however, not indicate how much the bank has set aside for the construction works.

During the dinner, Ecobank also took some time to brief the media on its financial performance in 2014.

Asiedu described the year 2014 as good for Ecobank despite various challenges that faced the economy.

The bank’s revenue grew by 46 percent from K4.1 billion to K6 billion largely driven by a significant growth in earning assets and trade finance.

“The growth in operating expenses was lower than revenue growth due to enforcement of discipline, resulting in cost-to-income ratio of 56 percent,” he said.

The bank also saw its assets growing by 109 percent to K50 billion due to an increase in customer deposits and credit line from the bank’s shareholders.

Looking ahead, the bank said it intends to continue with its expansion programme aimed at improving the service delivery platform to enable it serve customers better.