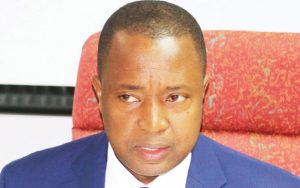 United Kingdom-based economic think-tank, the Economist Intelligent Unit (EIU), has predicted the local trading unit, the kwacha, will weaken by about nine percent in 2019.

The forecast comes at a time the Reserve Bank of Malawi (RBM) has predicted a stable kwacha in 2019.

The EIU further says fiscal consolidation after the election should reduce the downward pressure on the currency in 2020.

According to Nico Asset Managers’ 2018 Annual Economic Report released on Wednesday, EIU says between 2021 and 2022, a weaker US dollar and higher exports aided by a strengthening in the prices of some of Malawi’s agricultural exports should provide further modest support to the kwacha.

Nico Asset Managers says the depreciation of the kwacha should lead to higher prices on the local market, and further make domestic goods cheaper on the export front.

The firm says in the short term, it is expected that the kwacha will remain relatively stable as a result of sufficient foreign exchange reserves.

“In addition to this, the continued decrease in global oil prices will also add up to the stability of the kwacha.

“The kwacha should be expected to depreciate in the medium to long term due to increase in current account deficit, increase in government expenditure which is mostly funded domestically,” reads part of the report.

The stability of the kwacha was largely due to adequate forex reserves and tight liquidity conditions.

The kwacha recorded a marginal depreciation of 0.23 percent in December 2018 against the US dollar as compared to a 0.47 percent depreciation recorded in 2017.

Nico Asset Managers further says it expects export performance to be supported by higher production of cash crops, including tea, soybeans and sugar.

I t, however, says comparatively subdued global prices particularly for the period up to FY2019 are expected to slow down the pace of revenue growth.

“Receipts from tobacco, the country’s biggest source of foreign-exchange earnings, are expected to remain relatively flat on the back of a policy to shore up prices by reducing output.”

Briefing reporters in Blantyre last week after a Monetary Policy Committee (MPC) meeting, RBM Governor Dalitso Kabambe said the stability of the kwacha is expected to continue on the back of adequate foreign exchange reserves which at the end of December 2018 stood at 3.61 months of imports.

Kabambe said the kwacha’s stability will also be buoyed by the agriculture marketing season which is expected to commence in the next two to three months.

“It is therefore projected that the exchange rate stability witnessed in the past two years will also prevail in 2019,” Kabambe said.