Home » Business News » Escom to take off 124MW during Easter 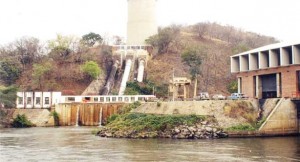 The Electricity Supply Corporation of Malawi Limited (Escom) will over the Easter holiday engage in vital planned maintenance works of its hydroelectricity power generating machines at three of its power plants in the country.

The exercises will see Escom taking out about 124 megawatts of power resulting in heavy load shedding.

According to a statement issued by the corporation on Friday, the works will be carried out at Nkula, Kapichira and Wovwe Power Stations from 10 pm on Wednesday March 24, 2016 to 6 pm on Monday March 28, 2016.

The statement said this will necessitate the shutting down of the generation machines, thereby resulting in some reduced generation capacity and rationing of power.

“Nkula power stations A and B will be taken out of service continuously from 10.00pm on Thursday March 24 to 6 pm on Saturday March 26 to undertake planned maintenance works on intake structures, machines underwater parts and auxiliary equipment. This will result in the country’s generation capacity being reduced by 124 Megawatts, thereby necessitating increased power rationing throughout the country.

Kapichira Power Station will be shut down from 5 am to 6 pm on Sunday March 27 and Monday March 28 for maintenance works, including scouring and inspection of dam embankments. This will result in the country’s generation capacity being reduced by 128 Megawatts, also necessitating increased power rationing throughout the country,” reads part of the statement.

Escom further said Wovwe Power Station will be shut down from 7 am to 5 pm each day during the period March 25 to March 27 for preventive maintenance and dredging of the intake pond.

The statement explained that the annual maintenance works require long outages of power generating machines at the power stations.

“In order to further minimise the impact of the reduced generation capacity, Escom is appealing to its customers to observe energy saving tips,” reads the statement.