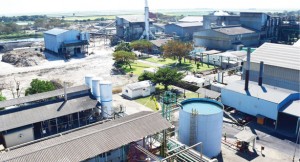 Ethanol Company Limited (Ethco) general manager, Lusubilo Chakaniza, told journalists during a media tour of the ethanol plant recently that the company, a subsidiary of conglomerate Press Corporation Limited (PCL), plans to increase its production in anticipation of a growth of the fuel ethanol market through the implementation of the national Ethanol Driven Vehicle programme.

“We have been operating at half capacity because of the inadequacy of the main raw material, molasses, which we source from Dwangwa’s Illovo Sugar mill,” said Chakaniza.

She said when the sugar milling season ends, the company is forced to shut down the distillery due to lack of enough molasses for the production of ethanol.

To ensure that the cane farming business is implemented effectively, Ethco is assisting farmers to obtain low cost funding for the development of their farms.