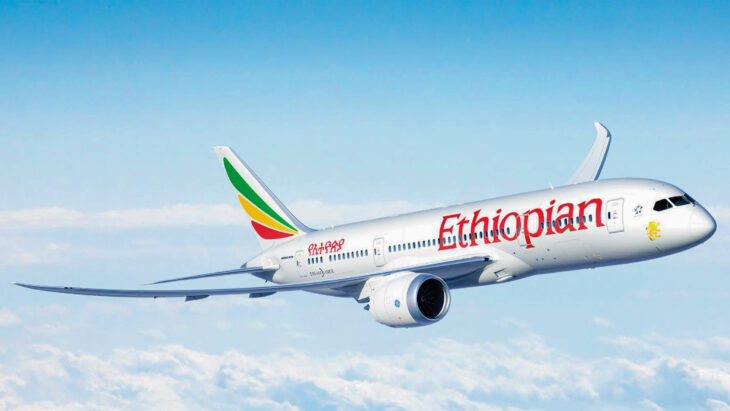 Ethiopian Airlines has been called out for its poor and selective customer care services for black people.

Twitter users have taken the airline to task over its treatment of black Africans, especially those from Southern Africa.

The condemnation came after Chisomo Kalinga tweeted that her mother was forced to sleep at an airport terminal after Ethiopian Airlines refused to provided a hotel voucher to the 69-year old woman.

Kalinga’s mother was coming from the United States and missed her connecting flight to Malawi. Immigration said she could not leave Bole International  Airport in Addis Ababa without a visa or a hotel voucher which the airline refused to provide.

“Last night my 69 year old mom was forced to sleep in an airport terminal because the thoroughly lacking compassion staff at @flyethiopian refused to give her a hotel voucher when she missed her connecting flight to 🇲🇼. After 17 hours en route from Chicago. #EthiopianNot4Africans

“She immediately booked a room at Ethiopian Starlight Hotel & immigration refused to grant a 24-hour transit visa claiming she needed an official airline voucher to let her leave the airport terminal. @flyethiopian ignored her request for help & told her to sleep in the terminal.

“My mother was exhausted and had no energy to fight them back. I spoke to four agents at Bole on her phone & no one was willing to sort it out,” Kalinga said.

She added that she will never use the airline again due to its treatment of black people, especially black travellers from Southern Africa.

“It is disgraceful and condescending and after my next already booked flight I will never use this degrading and inconsiderate airline.

“We always joke that once you cross African airspace changes from Airbus to AirMiniBus. But enough is enough. They are disgustingly condescending to African travellers,” said Kalinga.

Other Twitter users also narrated their horrible experiences while using the airline.

“Spent 7 hours with a baby in Adis with this airline waiting for transit flight at 6 am. Directed to next gate.  No running water-bathrooms 🤮. No shops open, they locked the doors!!! A whole flight full of people in the heat, just…left. 10 years ago but never used them since,” @Octoberready tweeted in response to Kalinga.

Another Twitter user said: “I’ve never flown this airline cos everyone i know who has had such horror stories. i’m so sorry your mom had to go through that.”

In response to the tweets, Ethiopian Airlines apologized saying the treatment the passenger got was “an exception to the high standard of service that we strive to give to our esteemed customers.”

Last night my 69 year old mom was forced to sleep in an airport terminal because the thoroughly lacking compassion staff at @flyethiopian refused to give her a hotel voucher when she missed her connecting flight to 🇲🇼. After 17 hours en route from Chicago. #EthiopianNot4Africans