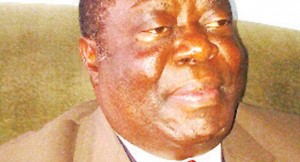 A taxation expert has defended the incentives Paladin Energy was granted by the Malawi government on the Kayelekera Uranium Mine in Karonga, saying such waivers are a necessary evil for attracting foreign direct investment for any developing country.

Emmanuel Kaluluma, who runs a tax consultancy firm in Blantyre, says talk that Paladin ripped off Malawians without consideration of its contribution in areas such as employment and wealth creation, puts Malawi at risk of scaring off potential investors from the country.

Kaluluma has previously worked in different senior tax management portfolios, including being commissioner of the customs and exercise at the Malawi Revenue Authority (MRA) and once also headed the surtax policy department in the Ministry of Finance.

He observed that Paladin Energy came into Malawi using a difficult strategy in global business called greenfield investment which, he said, is associated with high risk and costs.

This, he said, necessitated some tradeoffs in the agreement with Malawi government.

He said Malawians also need to understand the difficult position the country is at geographically as a landlocked country which makes it less competitive when it comes to attracting investment.

“Without tax incentives, why would an investor come here? And if because of our inability to extract uranium, when you consider the heavy capital outlay that is involved in mining, what good would these deposits under the ground be to Malawi?” wondered Kaluluma.

He faulted ActionAid for alleging in its recent report that Malawi has lost US$43 million through tax incentives and tax planning using treaty shopping by Paladin.

He suggests that in its recommendations, ActionAid should have included prohibition of treaty shopping if it is not included in the treaty already.

Kaluluma said it was up to the Malawi government to review the double taxation agreements in has with various countries, saying the United States government already cancelled its taxation agreement with Malawi long time ago, yet the same is still showing in Malawi’s Taxation Act.

Two years ago, a report issued jointly by the Catholic Commission for Justice and Peace, the Evangelical Association of Malawi, and the Episcopal Conference of Malawi with funding from the Norwegian Church aid also alleged that Malawi lost potential revenue of between US$205 and US$281 million from the tax regime given to Paladin Africa for its Kayerekera mine.

The report cited reductions in corporate income tax from 30 percent to 27.5 percent, resource tax rate from five to 1.5 percent, an immediate 100 percent capital write off for tax purposes and thin capitalisation with a debt to equity ratio of 80/20, as some of the incentives that have cost Malawi crucial resources for development.

But Paladin has since dismissed both reports, saying they were based on flawed conclusions and assumptions.