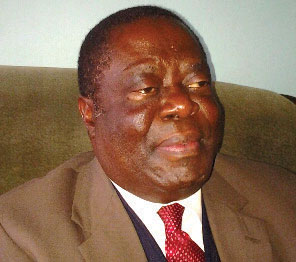 Taxation experts have given mixed views on the revised tax measures announced by Finance Minister Felix Mlusu when he presented the 2020/21 National Budget to Parliament on Friday.

The experts were commenting on the amended measures at a virtual post budget seminar hosted by the Institute of Chartered Accountants in Malawi (Icam).

Among other things, Mlusu hinted that the government has introduced a Customs Procedures Code (CPC) to cater for duty-free importation of motor vehicles by the justices of Appeal and High Court judges, general officers of the Malawi Defense Force and others.

Reacting, taxation expert Misheck Msiska, however, said the Treasury should come out clearly on the proposal, saying it would, otherwise, be prone to abuse.

He then urged the government to clarify on the Industrial Rebate Scheme as it is also prone to abuse by businesses who want to invade tax.

The government has increased Value Added Tax (Vat) registration threshold from K10 million to K25 million, enhanced management of Vat and align with Vat thresholds prevailing in countries within the Sadc region.

While Msiska said the reforms on their own may not yield desired results until enforcement is reformed, another taxation expert Emmanuel Kaluluma said this will enhance enforcement.

Malawi Revenue Authority Director of Policy Planning and Research Waziwona Ligomeka said the revenue collection body is drafting guidelines that will be enlightening businesses on the new measures which have been announced.

Mlusu presented a K1.9 trillion nine months national budget which experts described as a balance between the rich and the poor.