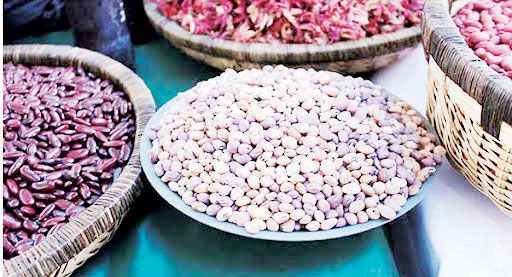 Some farmer associations continue to protest the farmgate prices which were announced by the government last week, saying that they might not make the most of their toil.

Agriculture Minister Robin Lowe announced that maize would be selling at a minimum price of K150 per kilogramme (kg), shelled groundnuts at K480 per kg, polished rice at K600 per kg, K320 per kg for soya beans and cotton, K510 per kg for pure beans, paprika at K850 per kg, and chilies at K770 per kg.

Reacting in an interview Tuesday, Legumes Development Trust Programmes Coordinator Sangwani Makoko said some of the prices needed to be revised.

In a separate interview, Cotton Farmers Association President Dickson Gundani said cotton prices are lower and not befitting the investment made by farmers.

He said farmers might not reap the most of their toil this season.

The association has since called for an audience with Lowe to present farmers’ grievances.

Grain Traders and Processors Association of Malawi Chairperson Grace Mhango said most associations were not consulted.

“The government should consult every stakeholder again because, for some of these prices, they have killed markets for us internationally such as that of soya beans. Even the farmers will not benefit from maize, whose price has been reduced as compared to last year,” she said.

Ministry of Agriculture spokesperson Gracian Lungu said in an interview that the prices have come after wider consultations.