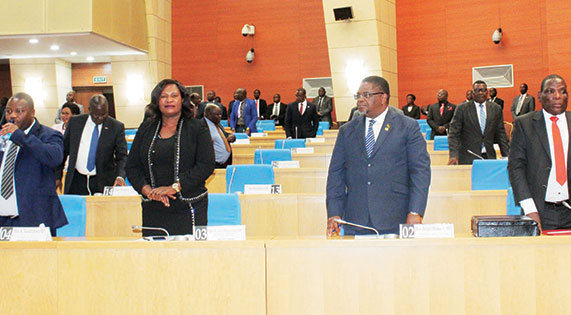 Mwanamvekha also hinted that the economy would grow by seven percent in 2020.

Mwanamvekha said the expected growth is on account of favourable weather conditions during the last growing season and the consequent spillover effects to other sectors in the economy.

The 2019 growth forecast is higher than the four percent projection by the International Monetary Fund (IMF) and 4.5 percent prediction by investment management and advisory firm, Alliance Capital Limited.

The projection is, however, lower than a 5.6 percent growth projected by the African Development Bank

The IMF lowered its forecast for Malawi’s economic growth to four percent in 2019 and five percent in 2020, in the aftermath of Tropical Cyclone Idai.

Other assumption underpinning the 2019/20 financial plan include an average inflation rate of 8.0 percent during the fiscal year.

The finance minister also expects the country to attain a stable exchange rate of about K750 per dollar and a policy rate of 13.5 percent.

“It is important to note that if these assumptions do not materialise, they form part of risks to budget implementation,” Mwanamvekha told the august House.

He, however, said the government would work earnestly to minimise the risks for smooth implementation of the budget.

This is mainly due to frequent shocks hitting the country’s productive system such as drought and floods.