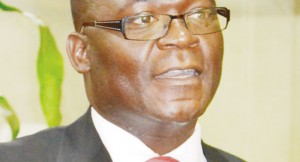 The Malawi Confederation of Chambers of Commerce and Industry (MCCCI) says it has received complaints from several companies that their banks are taking weeks to provide them with foreign exchange for their import needs.

MCCCI chief executive officer, Chancellor Kaferapanjira, said he suspects that this is because the count r y ha s exhausted the US$250 million debt swap facility from PTA Bank.

“We have information that it is now taking weeks to arrange a US$50,000 payment. I think the PTA facility has been drawn to procure fuel,” said Kaferapanjira.

Meanwhile, the Malawi kwacha has depreciated against the dollar as it has jumped from K436 to trade at K463 within the past two weeks.

One of the business operators, who asked for anonymity, said it is surprising that commercial banks are now failing to provide them with foreign exchange when they need.

“Just a month ago, banks used to call us to collect forex from them, but now they cannot even afford to give us US$5,000,” he said.

What is surprising is that this is coming at a time Malawi is still earning foreign exchange through tobacco sales.

In its latest market report dated July 13, 2015, the Reserve Bank of Malawi indicates that gross official reserves declined during the week ending July 3, 2015 to US$713.67 million or 3.41 months of import cover from US$720.89 million or 3.45 months of cover recorded by the end of the preceding week.