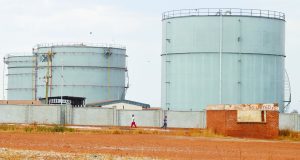 The National Oil Company of Malawi (Nocma)—a government agency entrusted to manage fuel reserves—says the strategic tanks built in the country’s three regions have been vetted and proven “technically” ready for use.

This entails that Malawi’s ambition to increase its fuel cover to 60 days is about to mature. However, the fuel reserve tanks are expected to be filled to the brim prior to the commissioning.

Currently, the reserves only contain fuel which was used for testing last year. In an interview, Nocma spokesperson Telephorus Chigwenembe said that all the three tanks were completed and set for operations.

He said that Nocma was yet to haul additional fuel to fill the reserves. “We imported fuel, but by the time we were getting into the fourth quarter (of 2016) we had our contracts coming to the end. So, we are supposed to have new tenders and the bidding process has since been completed,” said Chigwenembe.

According to Chigwenembe, fuel volumes will have to be increased in the tanks before their commissioning. He stated that the company is already working on how to fast-track importation of the commodity. “The volume is minimal as it was only used for test.

Technically, the tanks are ready, but the only small issues have no bearing on the tanks. Today we can comfortably say we are able to hold the fuel now,” said Chigwenembe.

He was however, non-committal on specific day for commissioning of the three reserves.