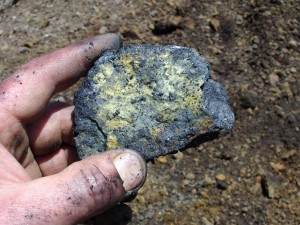 EMBATTLED Globe Metals Mining, which has courted controversy at Kanyika in Mzimba where it was exploring niobium minerals, sounds positive on the prospects of mining graphite at Katengeza in Lilongwe where the company holds another exploration licence.

The company is also exploring graphite at another site at Chimutu in Lilongwe which together with the one at Katengeza forms Globe’s Chiziro Graphite project licence area.

The company says on its website that it has already undertaken significant assessment of Katengeza Graphite Prospect and that initial results indicate high grade graphite mineralisation. Assessment done so far include mapping and rock chip sampling, according to Globe Metals.

The company says on the basis of the initial results, it is currently preparing plans to undertake further assessment on the site.

The Chiziro prospect mining area sits near the Lilongwe-Salima and the Lilongwe Nacala railway line with nearby power line which boosts necessary infrastructure that would support the prospective mining activity.

According to records at the Geological Surveys Department, detailed evaluation of the Katengeza graphite revealed the existence of an estimated 2.7 million tonnes reserve of which 1.7 million was proved with  a reserves average of 5.83 flake graphite.

Globe Metals is said to be struggling to raise capital for the development of the Kanyika Niobium Mine in Mzimba after successfully exploring the area for the mining.

Communities in the area are now up in arms demanding compensation from the company and the government after their houses were marked for demolition to pave way for mining works two years ago.

Secretary for Energy Ben Botolo told journalists in Salima recently that Globe was planning to raise financing for the project through the stock market in Australia but that the drop in niobium prices on the international market has significantly reduced the attractiveness of the project to prospective investors, a development that has made it difficult for the company to generate the required capital.