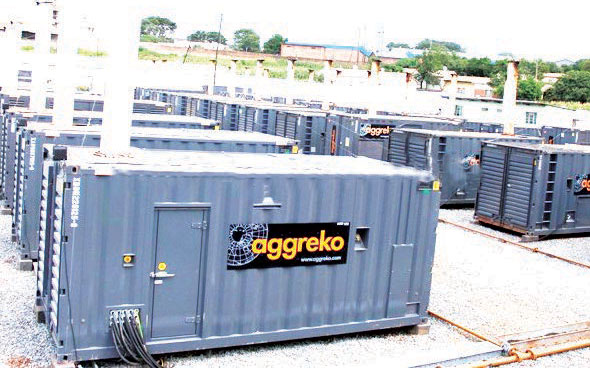 Malawians will continue shouldering the cost of running dieselpowered generators by Aggreko Power Solutions Limited following renewal of a contract between the firm and the government. The initial pact expired in January 2020.

The new deal, which will see Aggrekko leasing 84 generators with capacity to produce 76 megawatts of electricity, faced widespread reservations from Parliament, consumers and energy experts.

But Minister of Natural Resources, Energy and Mining, Bintony Kutsaira, said Wednesday that the government has gone ahead to have another one-year agreement with Aggreko. “The reason is that we thought we will make it to add to our power grid supply. We thought by this time, we could have the Malawi-Zambia Interconnector through Chipata but because of power challenges in Zambia, that project has not materialised.

“It is better to give Malawians dieselpowered electricity rather than none,” Kutsaira said. An energy expert, Grain Malunga, said while using diesel-run generators is expensive than other options like hydro, the government had no option.

Malunga said without the generators, the energy situation in the country would have been worse. He then urged the government to speed up the process of diversifying energy sourcing for the country.

Consumers Association of Malawi (Cama) Executive Director, John Kapito, faulted the government for vying for what he rated as an expensive option.

During a power familiarisation tour last year, the Parliamentary Committee on Energy, Mines and Natural Resources objected the renewal of the contract, suggesting that the government should resort to other means.

Reacting to the argument, Kutsaira said they only objected and never provided a solution to the power challenges facing the country.

Electricity Supply Corporation of Malawi tariff impact analysis report of 2017 indicated that the utility body was to spend over K105.5 billion on the deal with Aggreko which meant a one-year deal would require the electricity distributor to spend over K50 billion.

Stakeholders argued that the contract is unreasonably expensive with a very little impact in addressing power supply woes in the country.