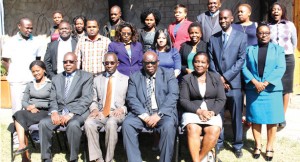 The Tripartite Free Trade Area (TFTA), which was officially launched last month, is expected to establish a competition body to protect weaker economies from abuse that may arise from dominancy from stronger countries.

The discussions around the establishment of the body are expected to be held under phase II of the tripartite negotiations and shall also include discussions on trade in services, cooperation in trade and development, intellectual property rights and cross border investments.

He was speaking in Livingstone, Zambia, on the sidelines of a sensitisation workshop on regional competition regulation for business journalists from the Comesa region.

Lipimile said the purpose of competition law is to facilitate competitive markets so as to promote economic efficiency, thereby enhancing the welfare of communities.