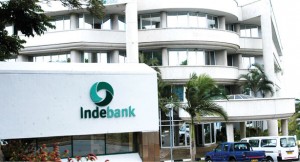 One of the local commercial banks, Indebank, expects growth in customer’s savings base and deposits following the launch of its phwamwamwa promotion about a month ago.

Indebank’s Acting Head of Personal and SME Banking, Davie Kavinya, disclosed this during the second weekly draw for the promotion held in Blantyre on Monday.

Kavinya said there has already been an impact in the bank’s deposits position since the rolling of the promotion. This is the basis of the bank’s optimism that by end of the promotion, they would see an increase in both the number of new customers and level of deposits.

“We are hopeful that the promotion will increase our clientele base as evidenced by increased number of new customers registered since this promotion started,” said Kavinya.

At the end of the promotion, one winner is expected to walk away with a grand prize of K2 million.