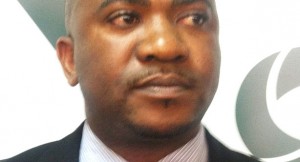 Polytechnic lecturer and consultant, Laston Masumba became the first lucky winner of an Iphone6 when Indebank conducted the first draw in its ongoing Phwamwamwa promotion.

Masumba could not hide his excitement when Indebank contacted him to tell him the results.

“I am glad to be among the first winners in the promotion. It is an honour to me. I have been an Indebank customer for the past five years and this is my first time to win in a draw,” he said.

Acting head of Personal and SME Banking at Indebank Davie Kavinya said the bank looks forward to further growth in its customers savings base through the promotion.

“Since the launch of the promotion, Indebank has seen an increase in deposits by customers, with number of new account holders also increasing. Already, we can see that our objective, which is to enhance a saving culture in the country, is being achieved,” he said.

At the end of the promotion, one winner is expected to walk away with a grand prize of K2 million. Other prizes to be won include maize mills.

To enter the promotion, a customer has to open a savings account and make a K20, 000 deposit into the account