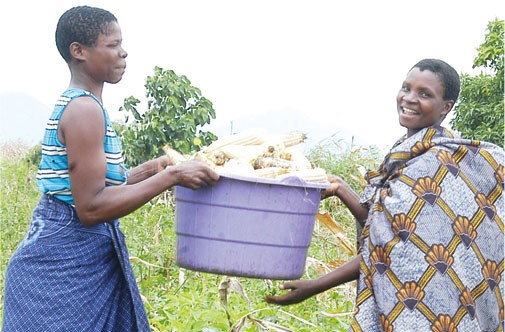 ‘Inflation has slowed down’

Reserve Bank of Malawi (RBM) says overall inflation slowed down in the country as evidence by a declining trend this year up to last month when it was captured at 18.2 percent by the National Statistical Office.

The rate in March was a decline of 1.5 percentage points from February.

RBM said in a brief update yesterday that both food and non-food inflation has been on the decline in the country since January this year.

The inflation rate opened the year at 21 percent in January and government is targeting to reduce it to 15 percent by June.

However, the target is likely to be hampered by a slump in food production due to severe floods followed by prolonged dry spells in some parts of the country.

Recently, the World Bank observed that the rate of inflation in Malawi remains “stubbornly high” at an average of 23.8 percent last year.

This high rate of inflation, the bank said, continues to adversely affect economic outcomes and business confidence and that it also has a significant impact on real incomes, particularly for the low income earners.

The country’s inflation is mainly driven by food and petroleum products and there has been mixed trends of the two commodities, taking opposite directions.

According to the Ministry of Agriculture and Food Security, Malawi food production will decline by 27.7 percent this year to 2.9 million metric tonnes, creating a deficit of 123, 340 metric tonnes in the national food annual requirement