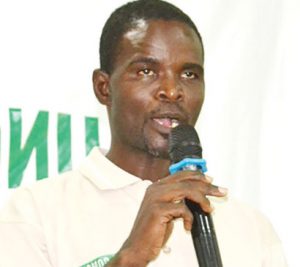 Despite agriculture being the mainstay of the economy, commercial banks and other microfinance institutions seem to continue ignoring it.

They are rating the sector as risky, hence making minimal investment in it.

The outcry of smallholder farmers, who constitute 80 percent of the sector’s players, is that borrowing conditions remain prohibitive.

The plan is closely linked to the Comprehensive Africa Agriculture Development Programme (CAADP) and the Agriculture Sector-Wide Approach.

The initiatives are aimed at coordinating food security programmes.

In the recent past, Malawi has been meeting the CAADP target of allocating at least 10 percent of its budget towards the agriculture sector growth initiatives.

However, smallholder farmers across the country are struggling to accessg credit to improve and increase production.

Comsiv, a subsidiary of Comsip, is mandated to provide credit services to Comsip affiliate members across the country.

“It intends to increase opportunities for the poor to access finance and productivity advisory services at a fair rate. The loan products to be provided will include business loans, agricultural loans, solar product loans and emergency loans, with differing terms,” says Comsiv Limited General Manager, Susan Kondowe.

The facility has initially rolled out in Lilongwe, Dedza and Kasungu districts.

Kondowe says, prior to loan disbursement, Comsip would be facilitating trainings that suit the loan purpose to minimise moral hazard and adverse selection risk.

The borrowers’ eligibility and sanction of the loan would be guided by assessment of the character of cooperative member, credit worthiness and capacity to repay the loan, among other.

Statistics provided show that Comsip has an individual member-base of over 164 000.

“These members include beneficiaries of Public Works Programme, Social Cash Transfer Programme and other self-forming groups.”

Comsiv is a result of the 2016 Comsip Union Annual General Meeting resolution and findings of studies commissioned by the union.

“Comsiv was therefore born out of the need to generate Comsip Cooperative Union Limited’s own resources so that it is operationally and financially sustainable,” he said.

Deputy Registrar of Cooperatives in the Ministry of Industry, Trade and Tourism, Susan Safalaoh, says the move would enhance the access to financial services.

“The government believes that inclusive finance will be essential in meeting its objectives of development strategies as this is a key instrument for increasing agricultural productivity, starting or expanding micro and small enterprises, creating employment, increasing household income and smooth consumption,” Safalaoh says.

Over the years, access to financial products and services has been an issue, with a FinScope Malawi 2008 Survey indicating that 80 percent of the adult population was not able to borrow from any source to finance their activities, but this figure went down to 71 percent in 2014.