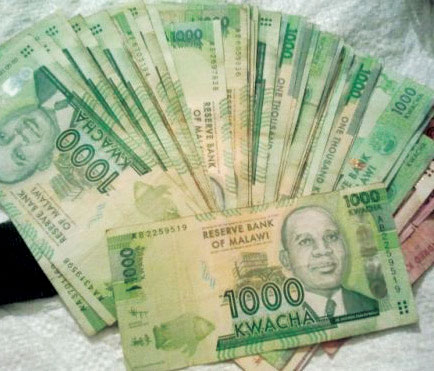 University of Malawi Professor of Economics Ben Kalua has reiterated that the Kwacha will continue to struggle in strength against other foreign currencies in the short to medium terms.

This follows revelations that the local unit tumbled against major trading currencies in the first week of the new year.

A market developments report for the week ending January 7 2022 by the Reserve Bank of Malawi (RBM) shows that the Kwacha lost K2.89 in value to the dollar, K51.23 against the British Pound and K2.16 against the South African Rand.

It, however, indicates that the local unit appreciated against the Euro.

Kalua said unless donors such as the International Monitory Fund (IMF) and others come in, foreign exchange will continue to dwindle, thereby affecting the local currency’s performance.

“Tobacco exports should be supported by Cannabis with haste because it can turn around the economy quickly but I have not seen many developments around that area. Canabis could save the economy,” he said.

The RBM report further shows that gross official reserves in the period declined by $23 million, and closed the week at $406 million representing 1.6 months of imports.

It adds that even though authorized dealer banks (ADBs) purchased foreign currency worth $14 million, it was below volumes purchased in the previous two months.

Between the months of September and March, Malawi’s foreign exchange reserves are mostly depleted as imports towards agriculture production surge and the reserves improve after harvest between April and August.