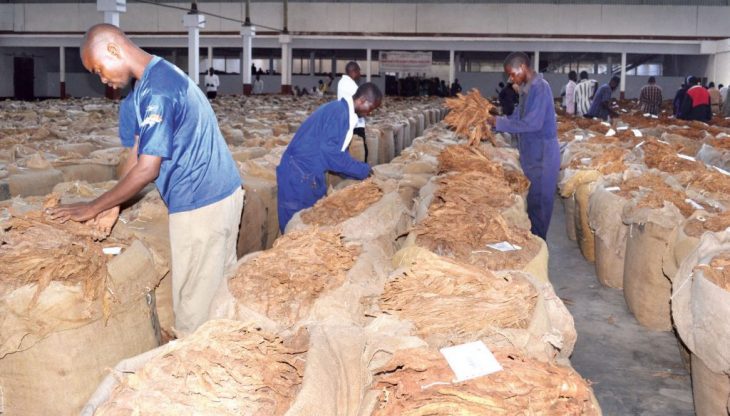 The output is also 4.5 percent shy of the 161.4 million kgs international market demand.

In a statement issued Thursday, TC attributes the anticipated drop in tobacco volumes to leaching of the leaf in some parts of the country due to excessive rainfall.

This also comes as some farmers shunned production of the leaf following low prices on the market last season.

The drop in tobacco production this year could influence a surge in prices for the leaf, which by far, remains Malawi’s top export crop.

TC Chief Executive Officer, Kaisi Sadala, said coming in of a new buyer on the market coupled with the decrease in production would influence price movement on the market.

“With the estimated production, we expect competitive pricing as companies will outcompete each other to satisfy their requirements.

“These challenges have been experienced world over; regionally, the outlook shows expected reduction in production in neighboring Zambia, Tanzania, Mozambique and Zimbabwe, arising from erratic rainfall followed by drought experienced at critical vegetative stages of the crop,” Sadala said.

Tobacco Association of Malawi (Tama) Chief Executive Officer, Felix Thole, said it is not automatic that prices would surge as other variables would be at play on the market.

“Remember prices are affected by several factors, and some of them are external that we do not have control over,” Thole said.

Meanwhile, a position paper on the coronavirus issued by the Malawi Confederation of Chambers of Commerce and Industry indicates possible restrictions on imports of commodities in the export markets and likely recessions in developed countries would dampen the tobacco uptake and affect prices this year.