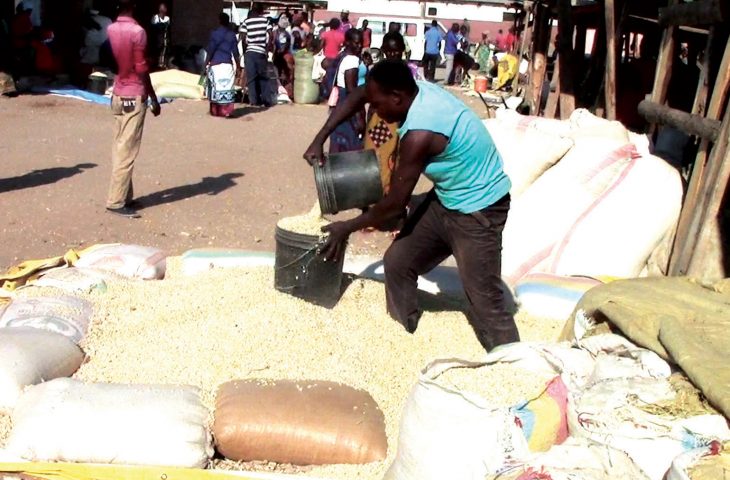 CHIKOKO — We are on the market

The price for Malawi’s staple crop, maize, went up for the fifth month in a roll in September, averaging K200 per kilogramme (kg) in the country’s major cities.

The prices are about 33 percent above the K150 per kg farm-gate price set by the government at the beginning of the harvesting season this year.

However, the prices decreased in four sampled markets and remained stable in 11 markets.

The report further indicates that the Agricultural Development and Marketing Corporation (Admarc) did not purchase the commodity in the last three weeks of September in the markets monitored by IFPRI.

“Admarc is reported to have run out of the funds to continue buying maize. Some farmers and traders report to have stacked their maize outside Admarc depots at a reported cost of K100 per bag per night to guard the maize until Admarc buys from them. Old maize is now being sold to consumers by Admarc at K205 per kg,” the report reads.

In an interview, Admarc spokesperson Agnes Chikoko Ndovie said the grain trader structured the process to be done in phases.

“We are on the market. We were only off the market for a full week only, accumulating resources in readiness for purchases from commercial farmers but, from mid- September, we have been back on the market to date,” Ndovie said.

“Admarc is borrowing from the local financial institutions. Currently all the funds are going towards maize purchases. To date Admarc has bought about 93,000 metric tons of maize valued at just over K14 billion,” she added.

In a recent interview, Admarc Chairperson Alexander Kusamba Dzonzi said when they discussed with banks, although most showed willingness, a few made offers.

In June this year, Parliament’s Cluster Committee on Agriculture, Irrigation and Natural Resources and Climate Change asked the Ministry of Finance to allocate K95 billion to Admarc to be used for buying farm produce.