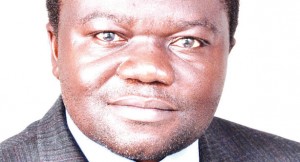 One the country’s medical drug manufacturers, Sadm Pharmaceuticals, said it plans to start exporting medical drugs to neighbouring countries following a pick-up of business in the past 12 months.

“We are exploring export opportunities and we hope that very soon, we’ll be able to start exporting the drugs,” said Rozestraten.

He said the company is currently enjoying a good business spell as a result of improvements at the Central Medical Stores (CMS) which is now sourcing 30 percent of drugs from local companies.

Rozestraten said Sadm has since last year been supplying drugs on demand in public hospitals through the CMS.

On his part, Kumpalume said a well developed local drug manufacturing industry is essential for sustainable drug availability and promised that government will support local manufacturers, as long as they produce quality drugs at competitive prices

On his part, Gerrmann says the EU has technical support available to develop local capacity of the local industries.