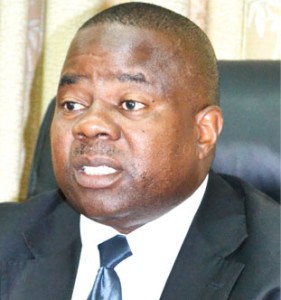 Malawi government says it has intensified efforts to promote standardization and quality assurance of commodities produced in the country to comply with requirements on the global front.

Principal Secretary for Industry and Trade Cliff Chiunda says among such efforts is the infrastructure development project currently underway at the Malawi Bureau of Standards (MBS).

Chiunda was speaking in Blantyre when MBS presented this year’s quality certification award certificates to 40 companies that have complied with its set standards.

“It is only companies that have the spirit to promote compliance to standards that will benefit from such infrastructure and, as a consequence, they will find themselves on the export market.

He said the government was pleased to see an increase of products and services registered in the scheme with 2014 registering 304 new applicants as compared to 223 new applicants in 2013, representing a 36 percent increase.

According to Chiunda, this development led to a decline in the number of uncertified products on the market.

In an interview MBS director general Davlin Chokanzinga said the companies that have been awarded certificates have shown commitment to comply with the bureau’s quality requirements.