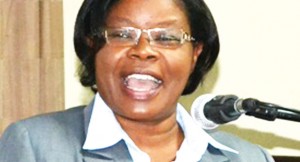 The contentious ban against the importation, production and use of thin plastic bags, effected in March 2014, is still in force, government says.

In a statement signed by Principal Secretary for Environment and Climate Change Management, Yanira Ntupanyama, Capital Hill says it only delayed to enforce the ban to give time to manufacturers, retailers and distributors to clear their existing stocks of plastic products and raw materials.

The grace period, according to the statement, was also meant to allow manufacturers time to change the production technology to enable them produce plastics of prescribed thickness, but starting from June 30, the government says it will start enforcing the ban by, among others, carrying out inspecting exercises targeting plastic manufacturing companies, retail shops and distribution shops to check their compliance with the ban.

“Companies found manufacturing, distributing or handing out thin plastics to customers in the country will be fined and the goods will be confiscated,” reads the statement in part.

The government has further said it will deploy environmental inspectors, city council inspectors and other law enforcement agencies to ensure that full compliance with the ban is achieved.

In March, 2014, the government banned imports of plastic carrier bags, alcohol sachets and plastic papers used in secondary packaging or wrapping with a thickness of less than 60 microns.

It said the move was part of efforts to conserve the environment. But, the move was met with resistance from both retailers and manufacturers, with the latter resorting to take the matter to court.

Meanwhile, environmental specialists have warned that the continued use of the thin plastic packaging is exposing the nation to environmental and health hazards.