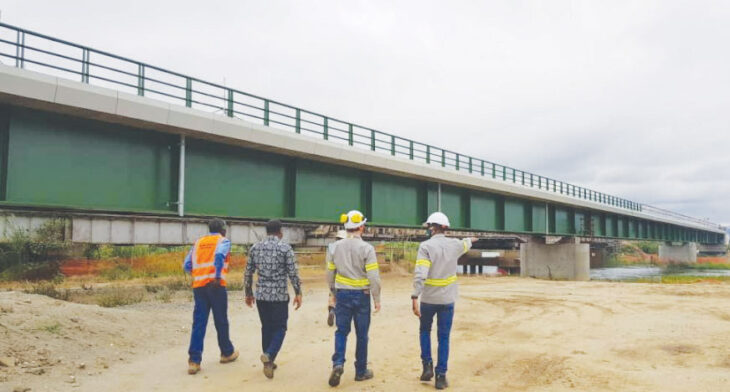 The Malawi and Mozambique have pledged to rehabilitate railway lines connecting them as one way of revamping that mode of transport.

Ministry of Transport spokesperson Andrew Mthiko said the quest comes as the cost of transportation in the country remained high in the Southern African Development Community (Sadc) region.

Statistics in the ministry indicate that the average cost for rail and road transport remains higher, at $10 per tonne, than the recommended regional cost of $7.

This has a bearing on landed costs in Malawi, a landlocked country.

Mthiko said yesterday that Central and Eastern Africa Railway (Cear) was rehabilitating some parts of the railway line from Limbe to Sadama, while the government would rehabilitate the part from Marka in Nsanje to Bangula in Chikwawa.

“We have started the procurement process by tendering out and people have submitted bids. We are evaluating the bids. We expect that, by the end of this month, a consultant will be identified,” he said.

In a statement, Mozambican Minister of Transport and Communications Janfar Abdulai indicates that rehabilitation on their part will be via Sena Line through the Mutarara-Vila Nova de Fronteira and Vila Nova da Fronteira- Bangula branch.

The statement further says the second phase of the project would see the Beira-Lilongwe section being established.

It says funds are being raised through traditional international cooperation partners.

With this development, it is envisioned that passenger rail services, suspended decades ago, would return.

Connecting the Sena Line, between Mutarara and Bangula, the intention is to export sugar to the European market, through the Port of Beira.

According to the National Transport Master Plan, it would cost at least $3 billion to build an entire rail network infrastructure from scratch in the country.